What is a chimney inspection?

Few homeowners understand chimney building dynamics. Oftentimes, they don’t spend much time on their roofs either. Chimney inspections are often the first way to identify areas of damage or deterioration, structural problems, or other structural issues. Chimney inspections are also an important diagnostic tool. This is because it finds the cause of long term performance problems. Many problems such as drafting, leaks, and animal entry are common.

According to the National Fire Protection Agency, “Chimneys, fireplaces, and vents shall be inspected at least once a year for soundness, freedom from deposits, and correct clearances. Cleaning, maintenance, and repairs shall be done if necessary.”

There are three levels of chimney inspection. Also, the level of chimney inspection your home needs will depend on a few things. These include use, condition, damage, changes to the system, and time since the last inspection. Level one inspections are a basic part of regular annual maintenance. They are used for fireplaces with no changes or performance issues. Level three inspections are the most intensive. They typically involve removing a portion of the masonry or surrounding walls. Due to this, Level Three inspections are only recommended in the event of extreme causes. Most often being natural disasters, chimney fires, or issues of structural stability.

Level Two chimney inspections are between Level one and Level three. They offer homeowners a more in-depth analysis of the chimney system, without being invasive or damaging. These inspections typically use technology such as closed-circuit cameras. Cameras allow chimney sweeps to fully evaluate the entirety of your chimney system. This includes the difficult to reach areas in the flue.

Why do I need a Level Two chimney inspection?

Your chimney sweep may recommend a Level Two chimney inspection for a number of reasons. One of the most common reasons to need a Level two chimney inspection? A change to the fireplace system, such as changing fuel sources or having a new insert installed. In these cases, a Level 2 inspection can identify if any changes to the flue are needed to improve drafting or safety.

In addition to changes to the fireplace, a Level Two inspection is also highly recommended before buying or selling a home. For sellers, this kind of inspection may be required before listing your home. It gives potential buyers the peace of mind that the fireplace is in good condition. In addition, it identifies problems you can fix long before the home inspection. Buyers can also request an independent chimney inspection as a part of the contract. 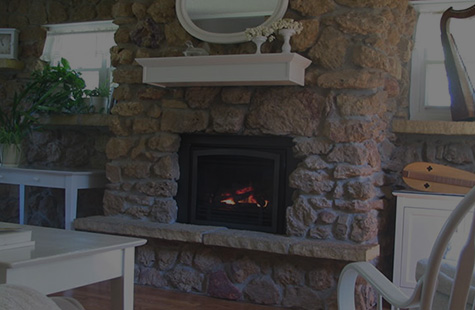 When you think about air quality, the first thought that probably comes to mind is what the air is like outside. The thought of poor air quality…