Does your house get smoky when you have a fire in the fireplace?

Smoky fireplaces are typically caused by draft issues. Before delving into the various types of draft issues, it’s important to understand the concept of chimney draft.

Chimney draft is essentially the negative pressure inside the chimney that causes smoke to get pulled up and out. Draft is created by air that is slightly more negative than the surrounding air. This difference in negativity is measured as a very small negative number in units called “water columns.”

The problem is: A lot of different things can impact this slight number. Then, before you know it, the chimney isn’t drafting well. When this happens—or if the chimney is “reversed”—the smoke doesn’t pull up the chimney, and instead ends up in your living space.

Here are the most common causes of chimney-draft problems and what homeowners can do in response.

One of the most common explanations for smoke filling your home is that proper draft hasn’t been established. Cold air is falling into the chimney.

Picture a large volume of cold air resting on your unopened damper. Once you open the damper, the cold air can fall down faster than the hot air rises. When this happens, the draft has become reversed.

In order to prevent this from happening, the best method for establishing proper draft is the following. Make a small newspaper torch and hold it up into the flue to make sure the smoke is going up. Once you can watch the smoke rising up and out of the chimney, it’s OK to light a fire in your fireplace.

When the wind is blowing it can induce a downdraft. What happens is the wind is hitting the chimney and blowing air down through it.

A chimney cap can prevent this. Or, it can worsen it. Depending on the angle of the chimney cap, the wind may be deflected away, or directed down into the chimney. Certain specialty chimney caps can eliminate downdrafts caused by wind. Ask a member of our team to show you your options.

A negative pressure in the house can sometimes reverse the draft.

A common scenario is when the furnace is running and the doors are closed. This puts the house under negative pressure. So, when the homeowner starts a fire, the house is pulling air down through the chimney.

Sometimes this situation can be fixed by simply opening a window or door to stop the negative pressure.

The height of the chimney can also impact the draft, but mostly in a very limited manner. Homeowners have mistakenly raised chimneys believing this will lead to substantial draft improvement.

The only time to move or raise a chimney is if it’s situated too close to something, or if a second-story addition has been placed on the house and the chimney is too short in relation to it. Now, the height of the chimney is very important and can affect the draft.

Here’s why. Picture the top of your house as a water level. Your chimney operates like a snorkel. The chimney has to be above the water level to work correctly. If it’s below the height of the house it’s like being underwater, and the house will suck the air down the chimney and emit it out at the highest portion of the house.

More causes of smoke in the living area

Poor draft isn’t the only cause of smoke in the living area. A chimney that sends smoke into the living area can actually draft well but have poor flow.

Flow is calculated by the ratio of the size of the fireplace opening to the size of the flue. A properly constructed chimney and fireplace should possess adequate flow. However, some homebuilders aren’t aware of the proper ratio, and mistakenly build a firebox too big or flue too small.

There are a variety of fixes if you have a flow issue:

If none of the above options are possible, a mechanical draft fan installed at the top of the chimney can improve the flow.

Here is another classic cause of smoke in the living area. Often, when homeowners think they have a draft problem, the solution is much simpler: The damper is closed.

The damper is the apparatus that closes off the flue so the house doesn’t lose heat when homeowners aren’t having a fire. The damper is supposed to be open when you are burning a fire, closed when it’s out.

If your fireplace has always worked fine, and suddenly your living area is filled with smoke, chances are the damper is closed.

If your house is smoky for any reason, contact ChimneyTEK. We’ll be happy to diagnose why and clear the air. 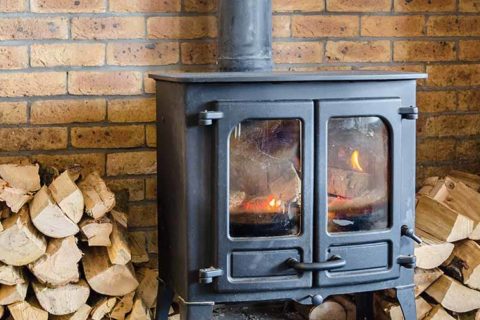 No matter how benevolent or big-hearted you are, and no matter how open your home is to any of your friends or family members, there are certain… 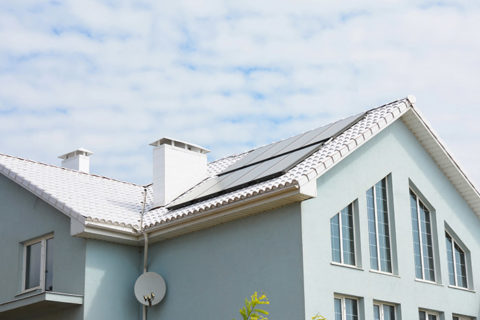 Responsible homeowners understand that their chimney, like other parts of their home, needs regular care and maintenance if it’s going to stay in…