A power grid failure can be devastating for your community and your family. In the United States, we have seen blackouts lasting for days or even weeks. Some of these are caused by natural disasters and at least one in the past couple of years was caused by a cybersecurity breach.

In the last 20 years, three of the most noteworthy United States power grid failures have left millions of people without power for days or even weeks.

In August 2003, 50 million people in the Northeast United States and Canada were left without electricity for days. This was all due to a power grid failure when a heatwave caused power lines to sag and come into contact with each other, causing a blackout.

In 2005, you will remember a notable power grid failure caused by Hurricane Katrina. The storm took out power lines and transformer stations, leaving many people without power for weeks.

You may also remember the next power grid failure.  September 2011 storm damaged power lines and transformers in Washington, D.C., Virginia, and Maryland. This power grid failure left more than two million people without power for days.

A power grid failure can cause havoc. Businesses lose money, people are unable to cook or keep food cold, and traffic lights go out causing traffic jams. A power grid failure can also lead to crime as people take advantage of the darkness and lack of law enforcement. While all of these are an inconvenience for most people, they can be life-threatening for the vulnerable among us.

Preparing For A Power Grid Failure

There is seldom a warning that you will be without power.  You may know a storm is coming a couple of days ahead of time but does that really give you the time to prepare your home for an outage?  Probably not. That’s why we suggest preparing as much as possible now.

There are several things you can do to prepare for a power grid failure.

5 Steps To Prepare For A Power Grid Failure

Blizzards are a major cause of power grid failures.  With temperatures below freezing, a power outage in the midst of a blizzard can be very dangerous.  One way to prepare is to get a woodburning stove. A woodburning stove, as opposed to a pellet stove, does not require power to operate and they are incredibly efficient.  Although a fireplace may be used when you are awake, it is important to never leave a fire unattended.

During a power outage, you may not be able to keep food from spoiling.  In addition, water contamination often goes hand-in-hand with a power outage.  It’s important to stock up on non-perishable food and water. You should have at least 3 days worth of food and water. Consider items you can eat without cooking as well.

We know, it is hard to justify the purchase of a generator when you can’t be sure there is going to be a power outage. But remember in 2011 when much of Anne Arundel County was without power for ten days, your friends with generators were able to keep their food from spoiling and manage their daily needs throughout the ordeal.  A generator will allow you to power some of your appliances and keep your lights on.

4) Don’t Lose Your Lines Of Communication

During the recent storm in Florida, people across the country had a difficult time checking on their family members.  Now that people primarily use their cell phones for communication, it is more important than ever that you are able to keep your devices charged.  You may be able to use your car for this each day, but what is your backup plan if you cannot?

The recent power outage in Florida proved this need to be true. Because we have all gotten used to being able to use our debit/credit cards and Apple/Google Pay, many of us have stopped carrying cash. During the recent storm in Florida, stores could not accept credit cards. This was because cell towers were down and the infrastructure that allows so many forms of payment was not stable. Cash was the only acceptable form of payment at most businesses and because ATMs were not working people were left without any form of payment.

As we head into the winter, are you prepared for a power outage?  Have you taken any of the steps listed above? Are there some steps you are prepared to take today?

If you would like to learn more about wood-burning stoves and how our team at ChimneyTek can help you, please give us a call today at (410) 796-8450 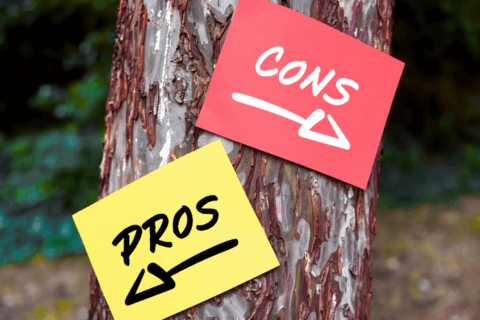 We are often asked which is better, a wood-burning fireplace, a gas insert, a pellet stove, or a wood-burning stove. Of course, the answer is that it… 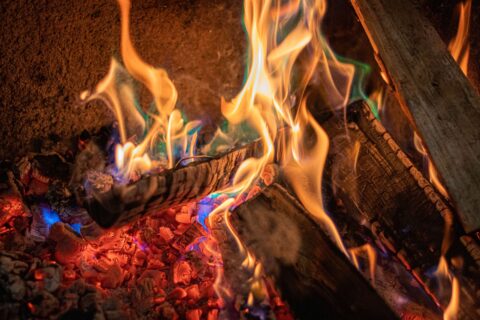 What Is a Ventless Fireplace?
Many people want to enjoy the warmth and ambiance that a fireplace offers, but some homes are not built with chimneys.…