Chimney fires are scary. If you read the articles about Rachel Ray’s chimney fire and how quickly it spread through her home, you are probably terrified that the same may happen to you. But what causes a chimney fire and why do they spread so fast? In this article, we will discuss both.

Why Are Chimney Fires So Dangerous?

Chimney fires are one of the most dangerous types of fires that can occur in a home and they are more common than you may think.  In the United States alone, there were almost 25,000 chimney fires per year.

It may seem counterintuitive to think of a dangerous fire happening in your chimney.  After all, it’s made of brick.  Shouldn’t that contain it?  Unfortunately, chimneys are one of the leading causes of house fires.

One of the reasons chimney fires are so dangerous is that they often go undetected until it’s too late.  A chimney fire can start small, but quickly spread to the rest of your home.  By the time you realize there’s a problem, the damage may have already been done. That’s because the fire travels behind your walls.

But there is another reason chimney fires are dangerous and it’s one you have probably not considered. Chimney fires can create toxic fumes.  When a fire burns in your chimney, it can release harmful gases like carbon monoxide into your home.  This can be incredibly dangerous, especially if you’re asleep and don’t realize there’s a problem.

But, you may think that you are careful with your fireplace.  It wouldn’t happen to you.  Maybe not, but let’s consider the causes of a chimney fire.

Wet or poorly seasoned firewood is a major contributor to creosote build-up which can lead to a chimney fire.  A chimney fire can be caused by a build-up of soot and creosote on the inside of the chimney. This build-up can be due to a lack of regular chimney sweeping. If you have a chimney fire, make sure you have your chimney inspected by a Certified Chimney Sweep.

Obstruction in your chimney

A chimney fire can also be caused by a faulty or incorrectly installed chimney liner. Unfortunately, there is no way to know whether your liner is safe unless you have your chimney inspected.  Our team can inspect and sweep your chimney at the same time.

Finally, burning garbage in the fireplace can also cause a chimney fire. You must never use your fireplace to burn anything other than wood.

How To Avoid A Chimney Fire

The good news is that most chimney fires can be prevented with just a little bit of extra care.  Here are some tips to help you avoid having a chimney fire in your home.

One of the most important steps to avoiding a chimney fire is keeping your chimney clean and getting it inspected. It’s important that you use a professional chimney company that has been trained to protect your family. We suggest avoiding using your chimney if it hasn’t been inspected or cleaned in the last 12 months.

We know it is tempting.  The fire is going and you have all of those Amazon boxes sitting around. Why not just throw them on the fire?  The short answer is because it is dangerous.  Don’t burn trash, newspapers, or wrapping paper in your fireplace ever.

One way to avoid obstructions in your chimney is to get a chimney cap.  A Properly installed chimney cap can help to keep animals and debris from entering your chimney.

We understand.  You have been sitting by the nice cozy fire and you are so relaxed all you want to do is go to bed.  But you must never leave a fire unattended in your fireplace – make sure to extinguish it completely before going to bed or leaving the house. If you are not sure how, please see our recent article on how to properly extinguish a fire.

Steps To Take In Case Of Chimney Fire

If you have a chimney fire, it’s important to take quick and decisive action. Here are five steps to take:

At ChimneyTek, we take your safety seriously.  Please call us today to schedule a chimney sweep and inspection at (410) 796-8450.  Let us help you keep your home and family safe. 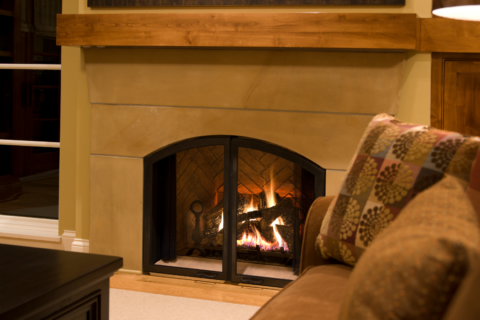 Are you considering a gas fireplace for this winter? Chances are you have questions. In this article, we will share some of the most frequently asked… 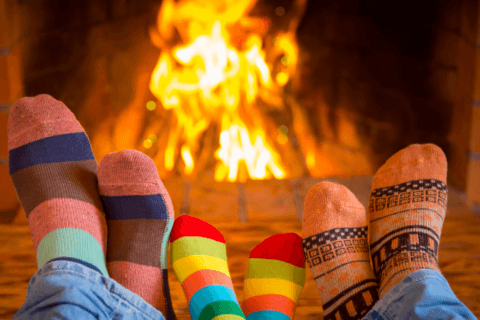 As the weather starts to cool, we know you are just itching to sit by a toasty fire with a nice glass of wine and enjoy the evening. But sometimes,…